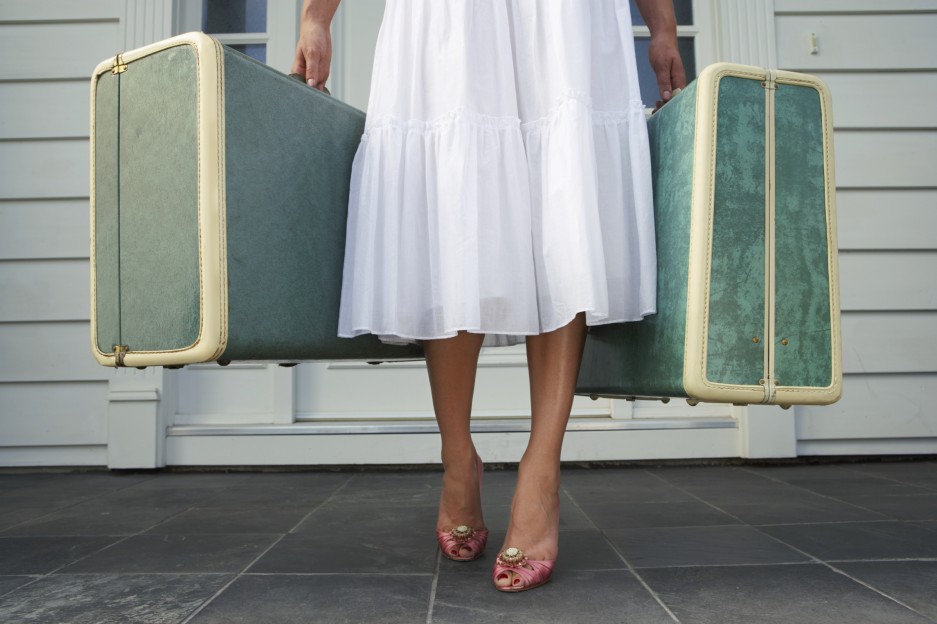 I started writing the content for what would eventually become this blog just over a month ago. In it, I lamented about the huge amount of decluttering I had to do. I noticed a habitual pattern of collections, and decided I should shake that habit – or at least decide what to do about it. I wrote and wrote about three pages of frustration about the hoarding I have done over the years and my efforts over the past five years to deal with it.

Then my laptop got stolen. Words. Gone. Go figure. The irony of decluttering and having certain things stolen from me in a robbery was not lost. I hated that my precious, sentimental and favourite things were gone. Jewellery from my childhood and 21st birthday. Two computers, my passports. And random things too at times, like my shopping cart (getaway vehicle!) and favourite Thai sarong (to wrap the laptop in?). A lot of data was gone. But thankfully not the external hard drives I had carelessly left on the desk that day. They had my entire photo collection on them.

It’s November 2013, 5 weeks since the robbery, and I’m trying to move forward. Particularly with the timing – I have just completed my university degree. Yay me! That demonstrates four years of living in one city, a new place, where I have tried really hard not to accumulate more things. As an older university student living off government support, further accumulation wasn’t so much a choice as a way of survival. Instead I have used my clothes to death. Found old notebooks and pens to use. I was quite lucky to have so much excess stuff. Anything bought new was either from a second-hand shop or Kmart, bought with careful thought and deliberation. I am proud that apart from university work and a few odd bits of furniture, I haven’t really added much to my clutter. If anything, I have continued to try to downsize.

My decluttering efforts began in late 2007 when I was departing my life in the Bahamas, where I had lived for two years. I was all too aware at that point that sooner or later I would have to leave, and I would need to downsize my accumulation of goods. I knew I had more stuff than ever before – and at least 75% of it was and still is books and papers.

My dream is to get rid of 90% of the paper. Because it’s the crux of the problem. I haven’t accumulated things, I’ve accumulated paper. Ticket stubs and souvenirs to document my travels, they account for 12 shoeboxes piled high. I have all my old diaries. I have a collection of magazine articles I’ve thought interesting or inspiring. I have a stack of travel flyers and brochures from places all around the world. I have a ton of old study papers. I have old photo albums, from pre-digital times. I have a collection of newspapers from significant dates and events, plus another pretty box with programs from all the concerts and musicals I ever saw. Then I have my actual filing collection, mostly organised, into ring binders for health, my business and home life. That was inspired from the closest book I ever saw on how to declutter paper. It’s called Paper Flow.

Then there’s my pile of 600 books. At least my DVDs and CDs are in those sleeve folder things, to sit neatly on a shelf. Except now I want to move ahead and digitialise even them. Everything on a hard drive I can cart easily around the world.

This is a hard journey ahead of me. I’ve been motivated for my whole adult life to keep on top of it all. I remember chatting with a friend in his thirties when I was about 21. I’d already begun travels and collecting stuff. He said, you’ll spend a lifetime on it, and never even get close.

Well this blog is my motivation to prove that won’t be the case. Each post will represent the journey toward getting another ‘pile’ under control. Starting with the journey to how I got here. Inspired regularly by my peers focussed on sustainability, minimalism and Tiny House living. I hope you too will find inspiration and common ground. Let’s make this a shared journey.

It’s not going to be a short road. It takes time and is a process of letting go of stuff. Especially as a hoarder. There are serious emotional attachments to work through. I am so inspired to get there though, to never lose sight of the end goal.